Palencia in a Weekend

We propose you a complete visit to Palencia during one weekend, in which there will be time to know the interesting monumental heritage that the city holds, to walk along its streets and delicious natural spaces and to enjoy the gastronomy and the leisure time. We hope you enjoy it!

Palencia in a Weekend / Friday
A good start

A good spot to start the visit is the Cathedral, popularly known as "The Unknown Beauty". It is worth enjoying its five access doors under the names of: San Antolín, los Reyes or San Juan, los Canónigos, los Novios and del Obispo, although the last two, located in the Plaza de la Inmaculada, are the most common access to the inside of the cathedral.

Once inside, you will understand the artistic magnitude that this temple encompasses, from the Crypt, with Visigothic remains from the 7th century and Romanesque remains from the 11th century, to its current alterations, passing through Gothic examples such as El Cristo de las Batallas of the 12th century, the works paintings by Berruguete or El Greco, the exceptional altarpiece of the High Altar with paintings by Juan de Flandes, or the  triptych of the choir, not forgetting the impressive collection of tapestries and religious silverware that the Cathedral Museum has.
Walking down Calle Jorge Manrique, you will reach Calle Mayor, all of it pedestrian ways, the city's commercial area. It is almost one kilometer long and is arcaded, protecting passers-by from the rigors of the weather and holding the classic viewpoints.

Palencia is also a place for gastronomic tourism. Most of the tapas bars are located in the center, around the Plaza and Calle Mayor. Great spots for shopping and also for taking an aperitif. It is very pleasant to sit on any of the many terraces, which liven up the atmosphere.

At lunchtime, you can enjoy our assorted gastronomy, with fresh gastronomic products from the area with wonderful and varied restaurants. For dinner, you can try the tapas bars and restaurants in the downtown area, and end up in the Seminario area, ideal for after dinner. And since it is the weekend, you can go for drinks in the Zona Vieja or Puebla, around the streets Puebla, Estrada, Rizarzuela and the Church of San Lázaro, where the age range and the bars types are more varied. 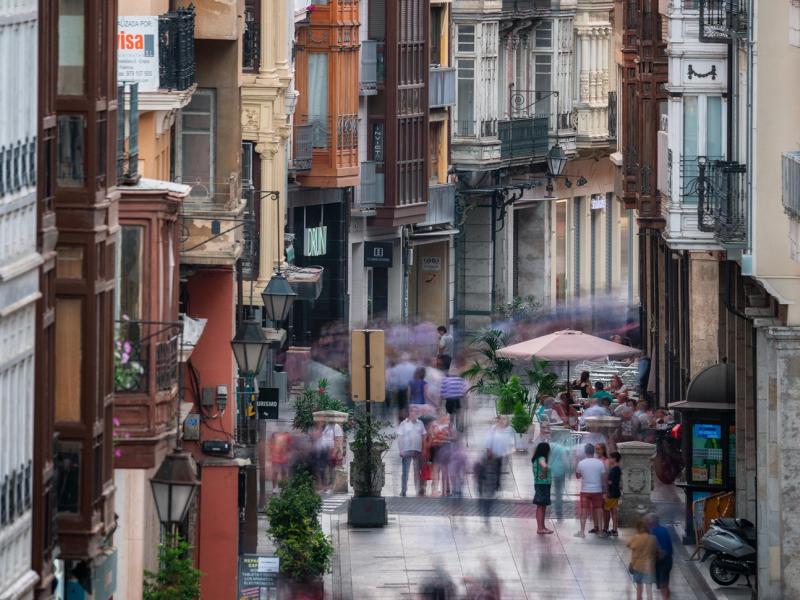 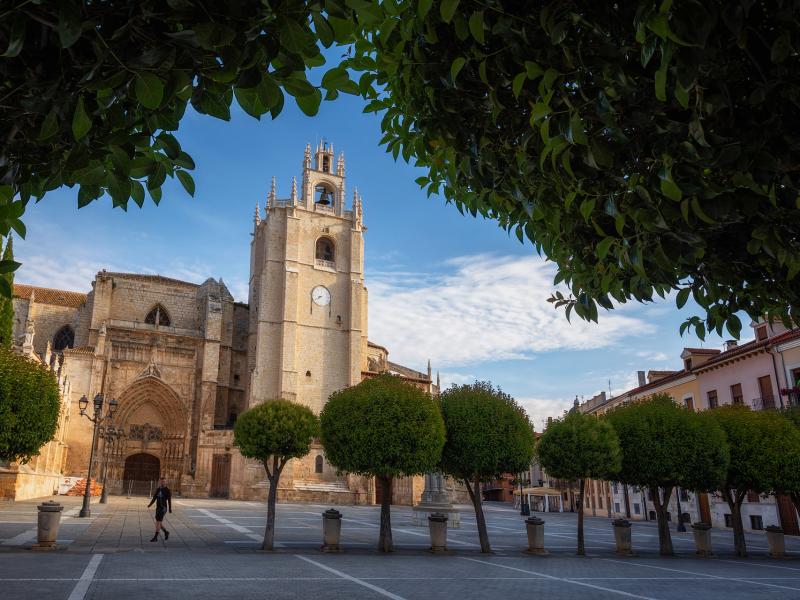 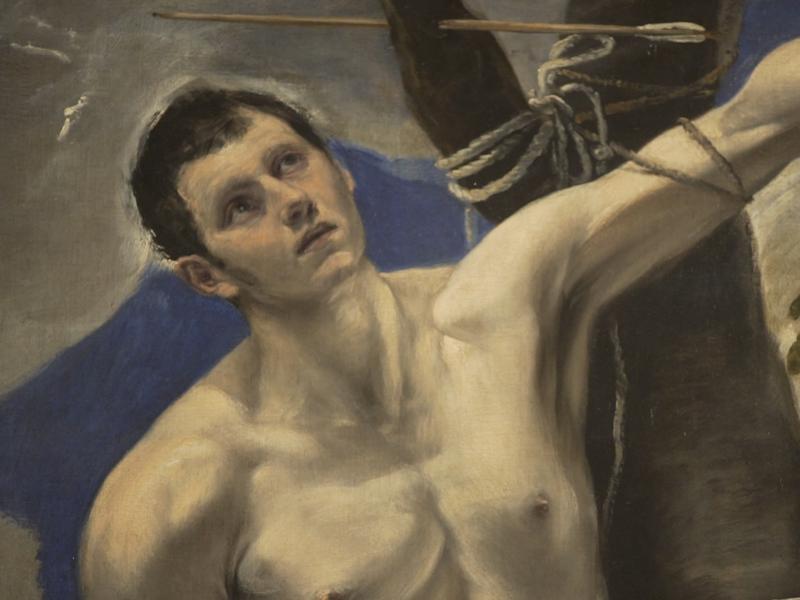 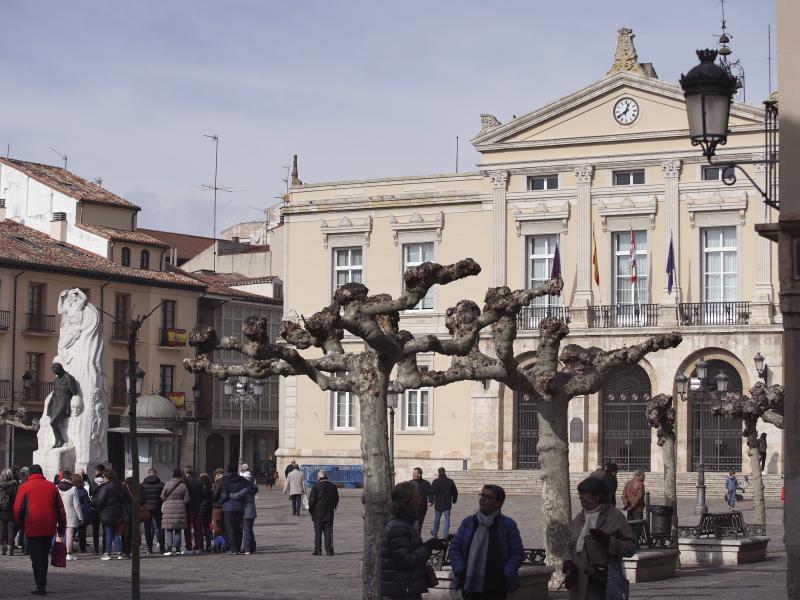 Palencia in a Weekend / Saturday

In the Plaza Isabel la Católica is the Jesuit-style Nuestra Señora de la Calle Church, which is why it is also called “La Compañía”, where the Patron Saint of Palencia is venerated, popularly known as “La Morenilla ".

From here, taking General Amor street, you will reach the Gothic Church of San Miguel, located in the old Jewish quarter, belonging to the 12th and 13th centuries, where its beautiful tower is remarkable, and where the Palentines proudly say El Cid married Doña Jimena. In this church they represent the baptism of Jesus Child every first day of each year, and this has become a festivity of National Tourist Interest.

Leaving through the main door you will meet the Carrión river bank, from where you can get one of the best panoramic views of the church. On the right bank, with access through the bridge, is the Parque de la Isla or Isla dos Aguas, bordered by the natural channel of the river and the fawn, which once supplied water to the fulling mills of the famous blanket factory.

At the end of Avenida Castilla, popularized as the river bank, you reach another one of the bridges over the Carrión river, the Abilio Calderón Bridge, better known as the Puente de Hierro, which recalls the bourgeois boom of the early twentieth century. On the left, and parallel to the old Calle Mayor, you will meet again the Calle Mayor Principal, artery of the city, with its typical bustle of a shopping center, and which Juan Antonio Bardem already wanted to reflect in his 1956 film Calle Mayor, whose filming started here. If you keep walking, you will reach the Plaza Mayor, where the Town Hall is located, a neoclassical building from the late 19th century.

Crossing the arcades of this Plaza, is the Mercado de Abastos, built in 1898 to house the one that was formerly held in the Plaza Mayor, and where you can find all the variety of gastronomic products that Palencia offers from blood sausage, lamb, trout... even seasonal products such as snails or peas. You can finish your shopping with a good loaf of bread, stick donuts or flakes.

If you have come to Palencia, you cannot miss the Museo de Palencia, located in the Casa del Cordón, a 16th century building, where you can admire an impressive collection of archaeological pieces from Prehistory to the Middle Ages.

Do not forget to take advantage of your stay to stroll through the countless parks in the city, which make Palencia one of the first with green areas in Spain per inhabitant.

I suggest that you go to the Huerta de Guadián, whose name, for those who do not know, does not refer to the Guardián de la Huerta, but to the family name of the owners of the land until it was sold to the municipality in the mid-19th century. It is a true tree nursery, among which the Romanesque Church of San Juan Bautista stands out, with a single nave, relocated and rebuilt stone by stone from the town of Villanueva del Río, flooded by the waters of the Aguilar reservoir. Its inside houses a Romanesque Information Point, a real shuttle to discover the Romanesque of the province of Palencia.

Very close you will find the Paseo del Salón de Isabel II, a romantic park in the city, located in the old grounds of a Carmelite convent, where you will find a lot of flora and beautiful walks. 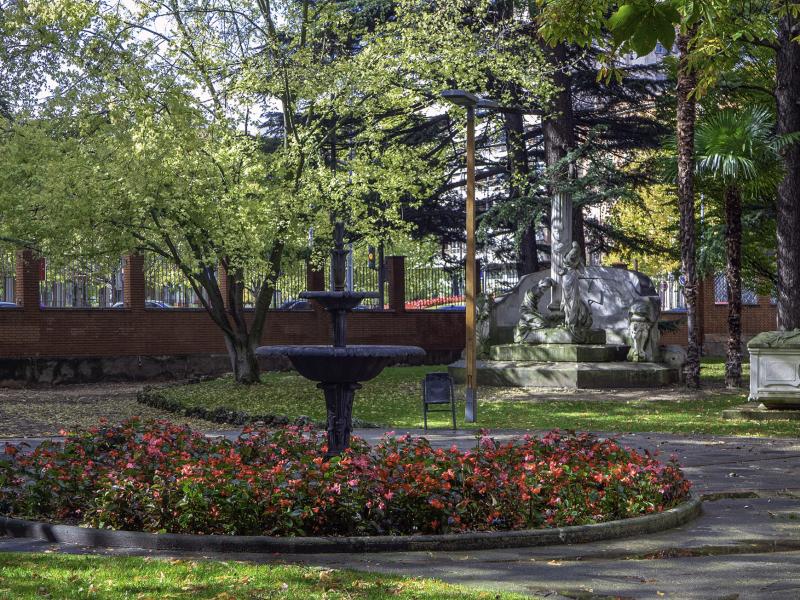 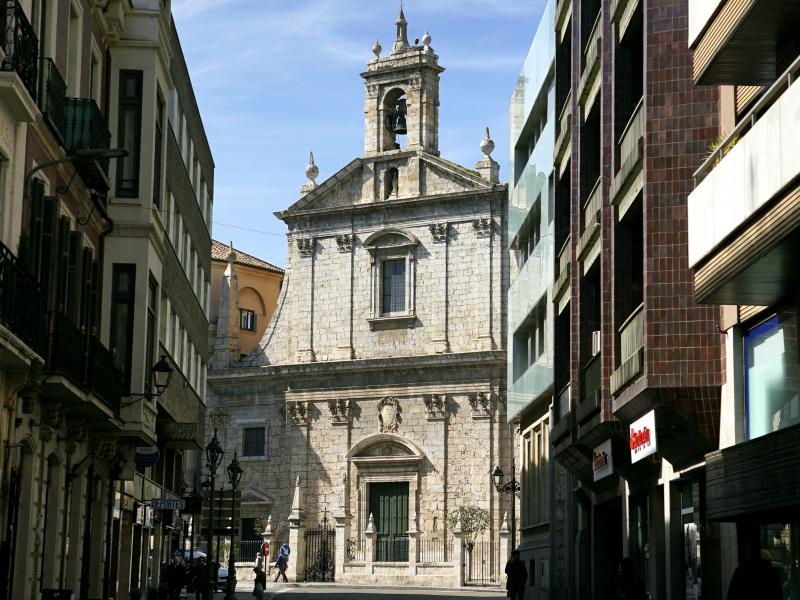 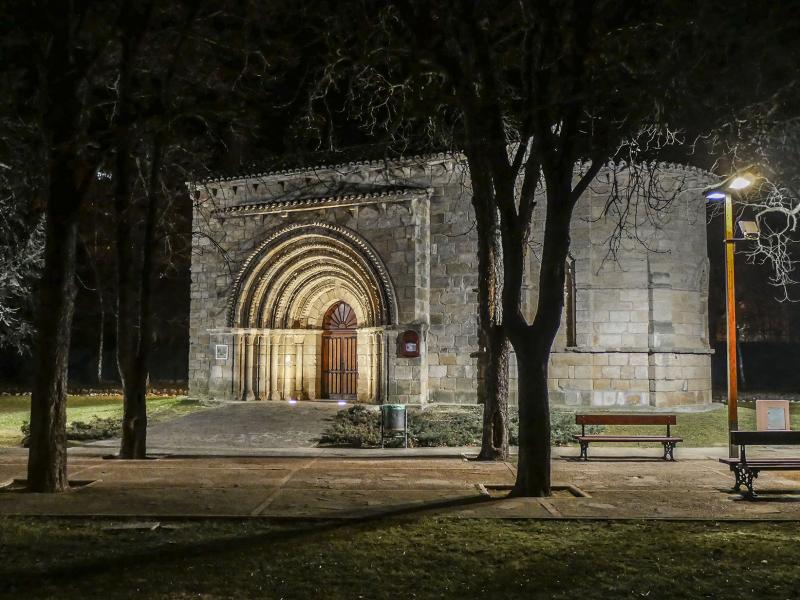 Church of Saint John the Baptist 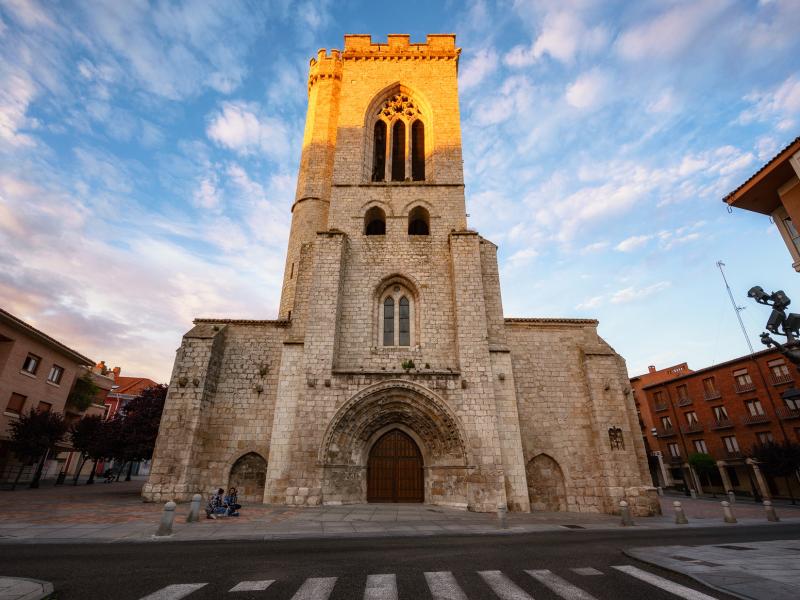 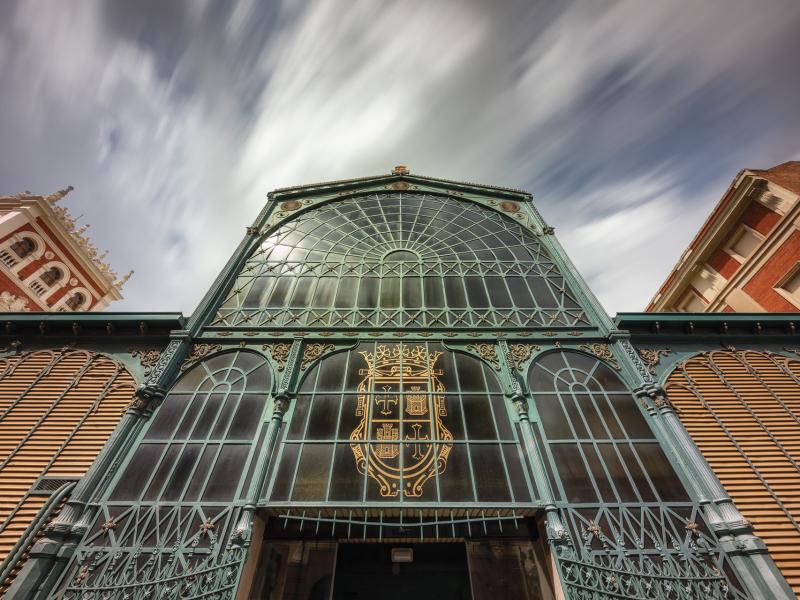 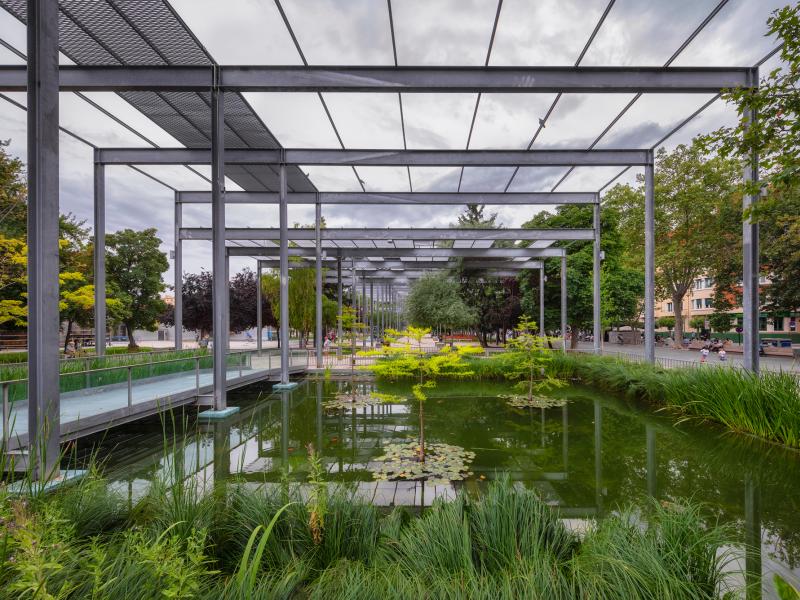 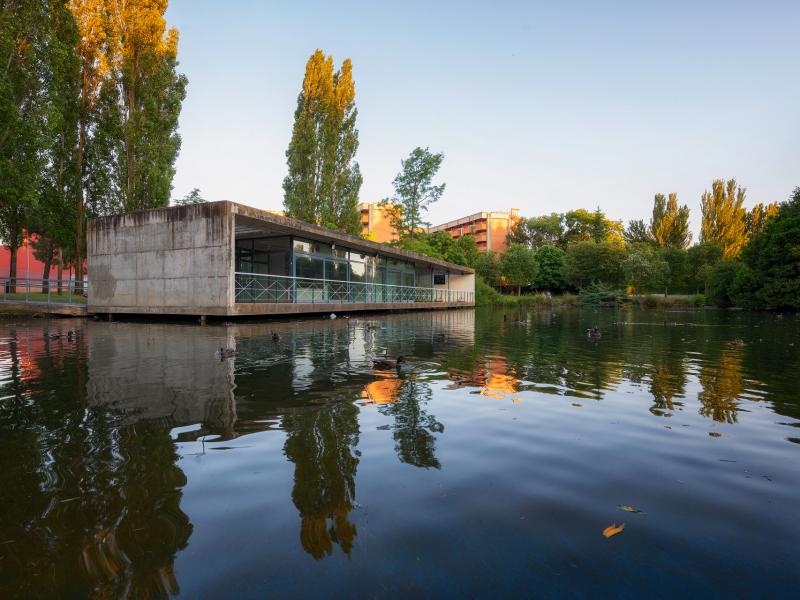 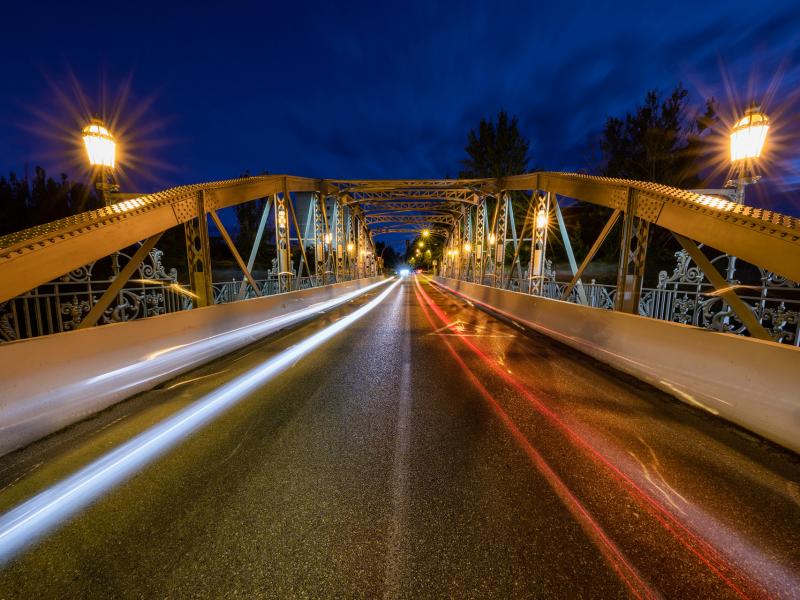 Palencia in a Weekend / Sunday

To start the day, you can go to Cerro del Otero. Here you will find a hermitage with three naves, inside which is buried Victorio Macho, sculptor of the Christ, one of the symbols of the city. Inside you can visit the author's Interpretation Center. In this picturesque setting, the Santo Toribio pilgrimage, declared a Festival of Regional Tourist Interest, is held in April. From the viewpoint you can see one of the most impressive landscapes of Castilla.
To get to this location, you will make your way through the Canal de Castilla, one of the most important civil engineering works, carried out between 1753 and 1849, and whose 207 kilometers, with a drop of 150 meters, were built to facilitate the transport of Castilla wheat. In the Dock, in one of the warehouses that were used for cereal storage, the City Council has located the Water Museum, an entertainment space for all audiences. In about three minutes you can visit the Viñalta lock, which allows you to see the complex hydraulic system designed for the barges to save the unevenness.
From the Dock, and about 6 kilometers away, nothing more gratifying than a walk through Mount El Viejo, which, with an approximate elevation of 850 meters of altitude, and 1,434 hectares, has become the true lung of the city. Property of the municipality since it was acquired from King Alfonso VII in 1191, the economic use of its resources has now given way to its use for the leisure of the people of Palencia, with various recreation areas, circuits and sports facilities. Natural area of Mediterranean forest, the walk will run mainly between holm oaks, gall oak, rockrose and thyme. In the areas known as Casa Grande and Refugio, there are two restaurants that will delight your palate. 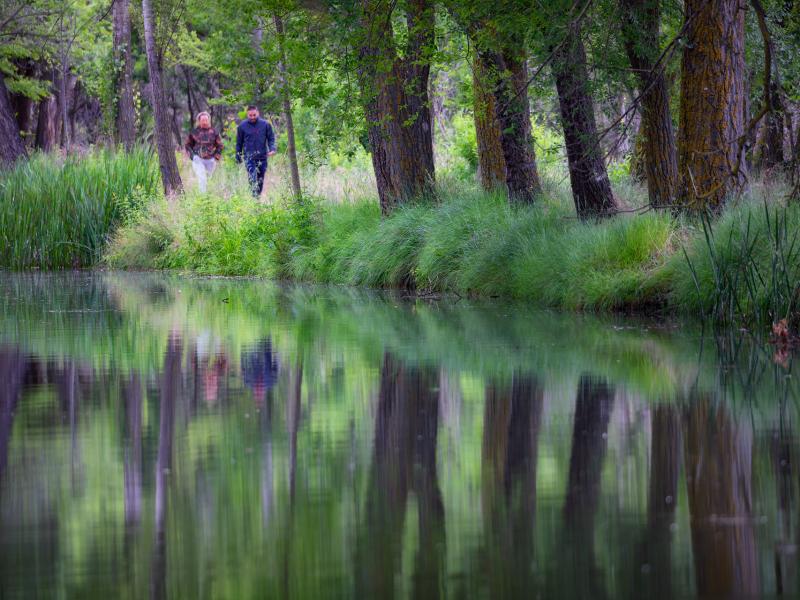 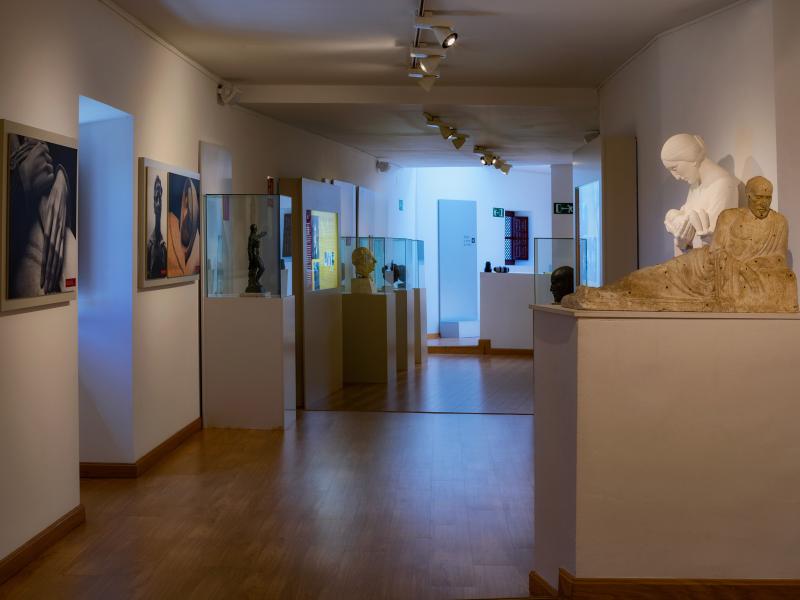 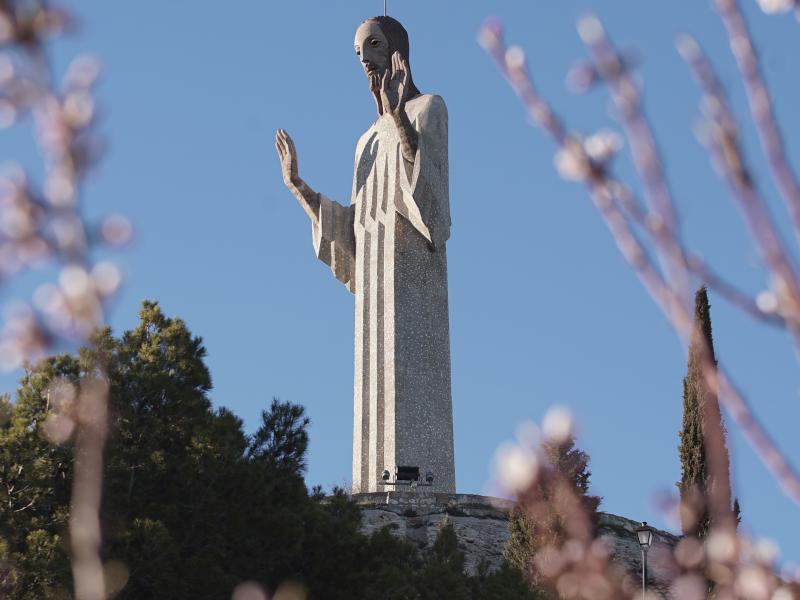 The Christ of the Otero 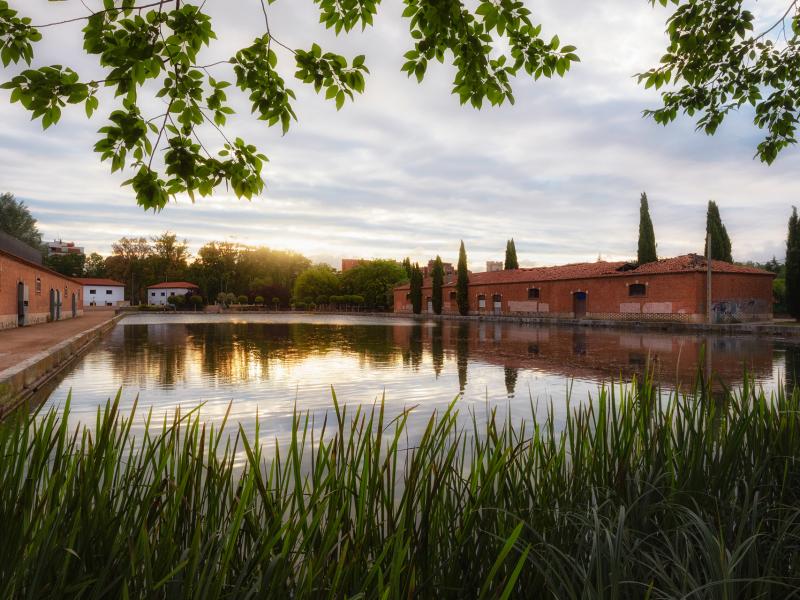 Dock of the Canal de Castilla 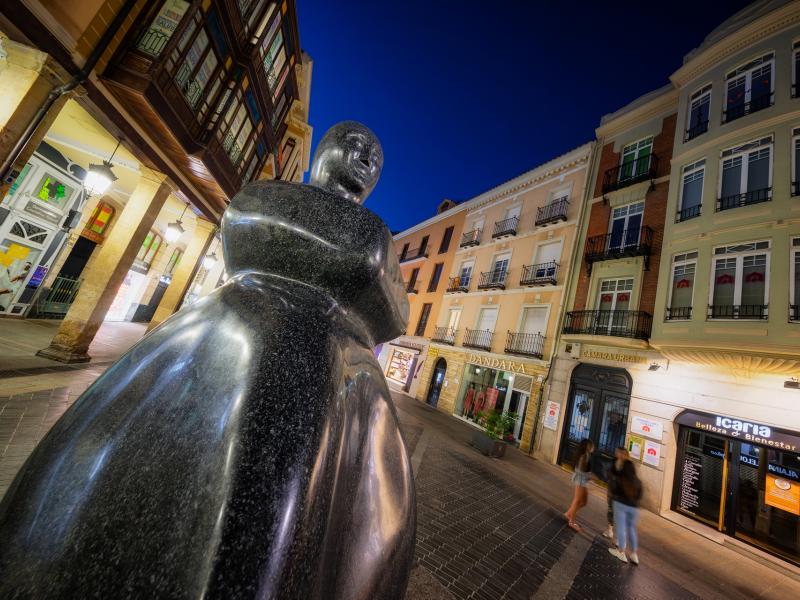 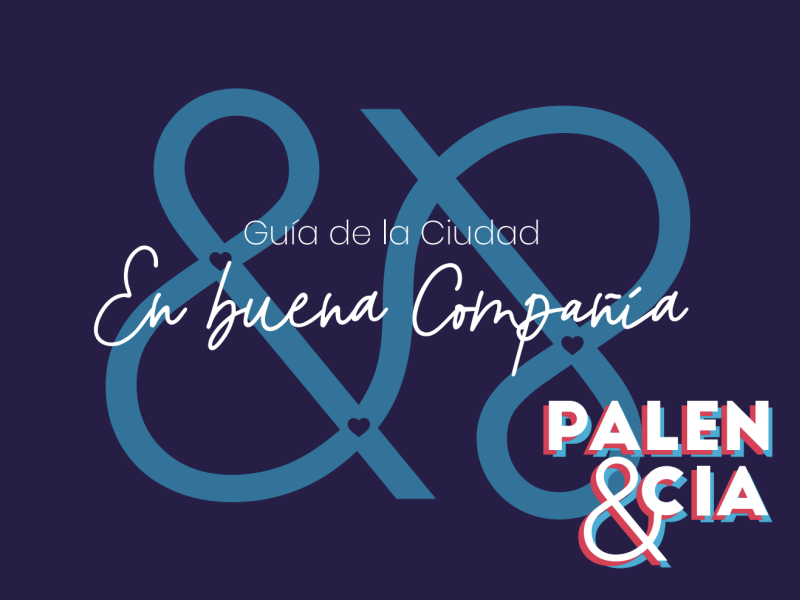 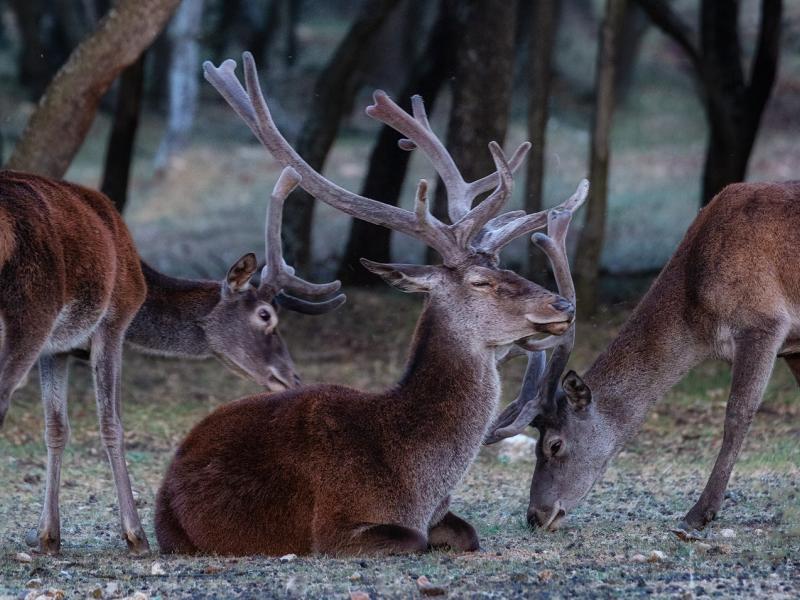 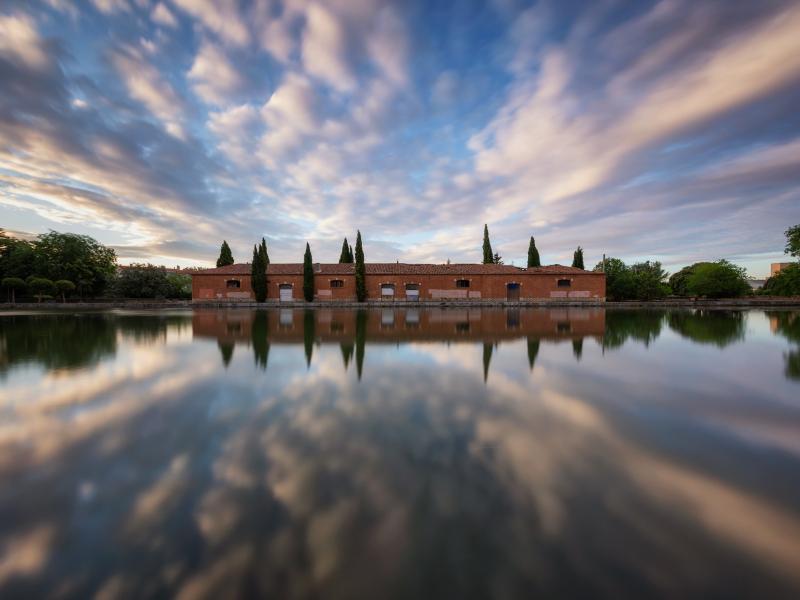 Museum of the water 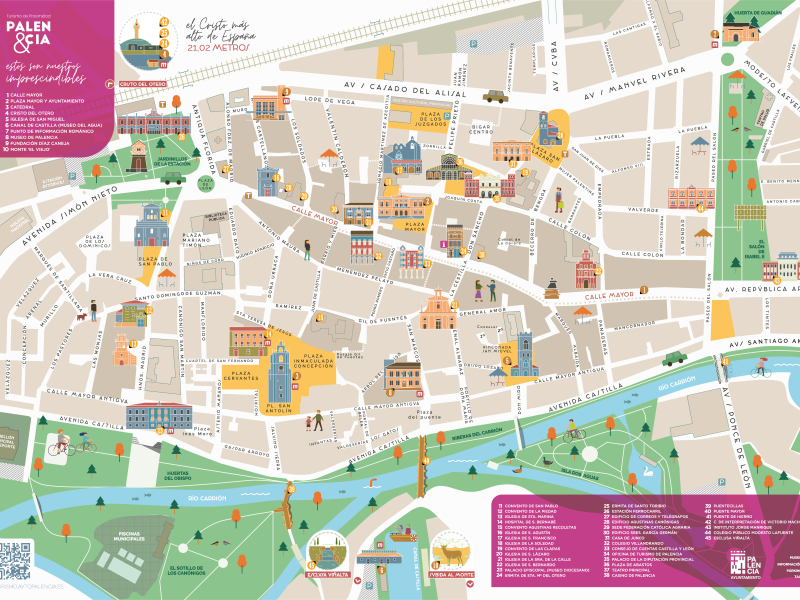 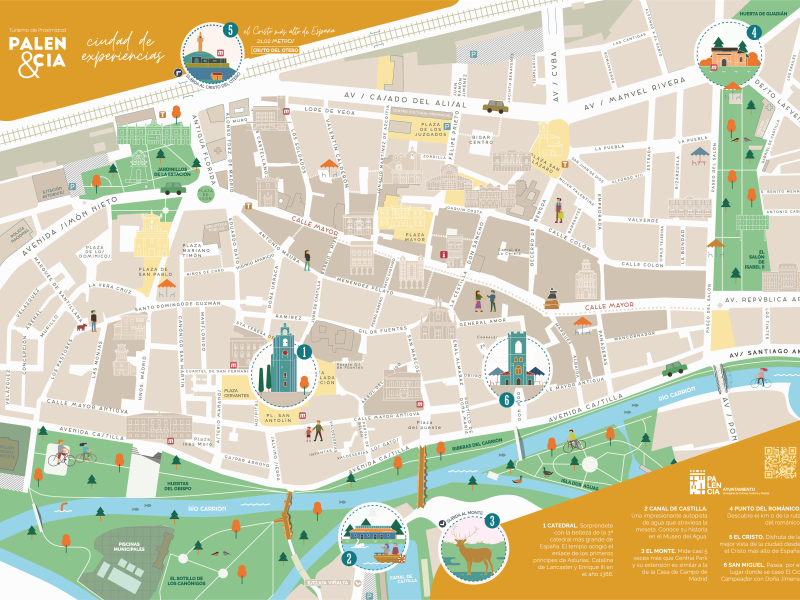 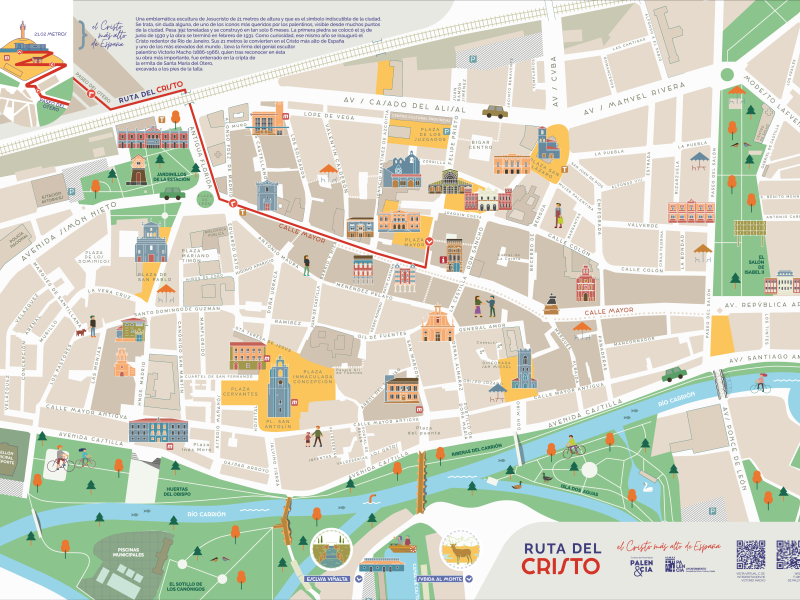 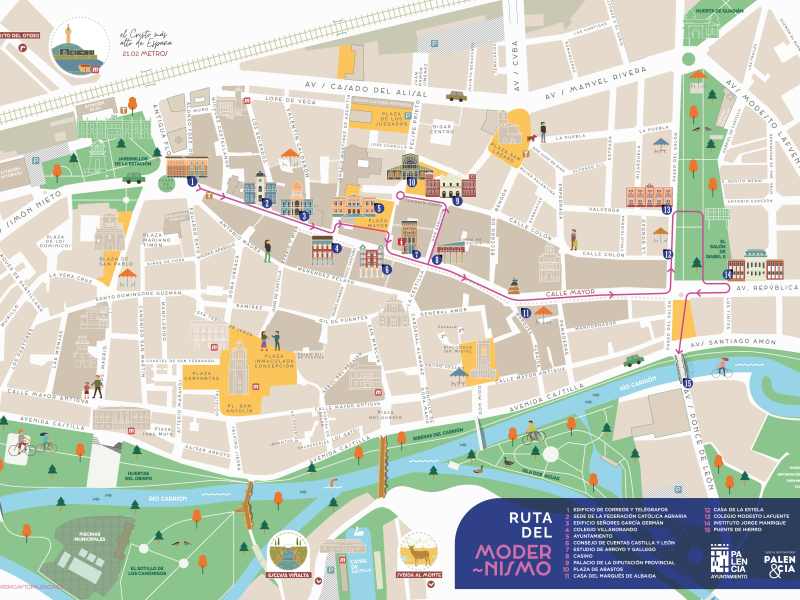 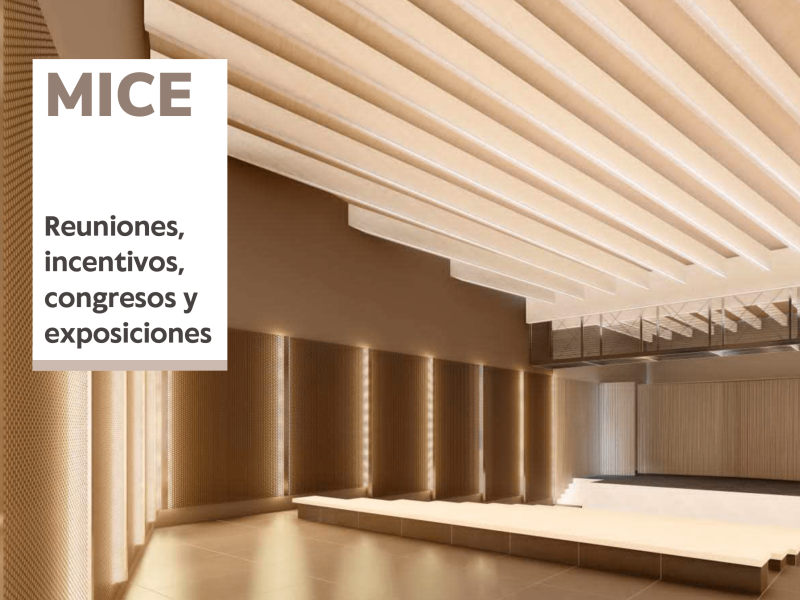